There is only one set of colors in the programs configuration file user.config

The configuration is as default stored in a file user.config at the users private folders.

You can run tn5250.exe or tn3270.exe with the configuration file as a parameter. See the help system for possible parameters.

Using different user.config files, will allow you to have different colors

In Google tool bar v 5, F3 is taken for a find function.

If the font used in our Dialog/menu is deleted or replaced with a bogus font, our tn5250 program will make a crash.
The font must not be removed from /System/Library/Fonts/Times.dfont

TN5250/TN3270 TLS session to server works on older Windows 7 version, but fails with Windows 10 and 7 with latest updates

TN5250/TN3270 uses the SSL/TLS layer in the Windows OS. If your server is configured to use a SSL/TLS cipher the Windows 7/10 OS does not include, it will fail.

Client certificates are not supported in our products.

If using a self signed certificate on the AS/400 with key length 512 and/or certificate is not using MD5 , the Windows 10 OS (and from Java SDK 6u17 if using a tn5250 java client) may reject the request.


Chrome Apps in the future

On 15 January 2020 Google released this message to developers:
Hello Chrome App Developer,
As we previously announced in 2016, changes in support for Chrome Apps on Windows, MacOS and Linux will begin starting March 2020. We are writing to let you know the details about this plan, along with some important updates about ending Chrome app support on Chrome OS. What do I need to know? Starting this year, we will no longer provide support according to the following schedule. Please note, these timelines are for Chrome Apps only, and do not impact Chrome Extensions.
Scheduled Date

On 12 December 2017 Google released this message to developers:

Chrome Apps are currently scheduled to stop working on Windows, Mac and Linux in Q1 2018, as Chrome continues to focus on moving the open web forward.

The Chrome team is now working to enable Progressive Web Apps (PWAs) to be installed on the desktop. Once this functionality ships (roughly targeting mid-2018), users will be able to install web apps to the desktop and launch them via icons and shortcuts; similar to the way that Chrome Apps can be installed today.

In order to enable a more seamless transition from Chrome Apps to the web, Chrome will not fully remove support for Chrome Apps on Windows, Mac or Linux until after Desktop PWA installability becomes available in 2018. Timelines are still rough, but this will be a number of months later than the originally planned deprecation timeline of "early 2018".

We also recognize that Desktop PWAs will not replace all Chrome App capabilities. We have been investigating ways to simplify the transition for developers that depend on exclusive Chrome App APIs, and will continue to focus on this - in particular the Sockets, HID and Serial APIs.

To be clear, the overall trajectory of the Chrome Apps platform is not changing. Support will still be fully removed on Windows, Mac and Linux in the relatively near term, therefore we don't see Chrome Apps as a viable long-term solution for new or existing projects.

Additionally, Chrome Apps will still be de-listed from the Web Store before the end of 2017 as originally planned. At this time, all Chrome App listings will be hidden from Web Store search and browse functions on Windows, Mac, and Linux. Support for inline installation will also be removed.*

At a later date, we'll provide another more specific update on new timelines for the full removal of Chrome Apps support on Windows, Mac and Linux.

On 10 October 2016 Google released this message to developers:

We are reaching out to you because you are registered as a Chrome App developer in the Chrome Web Store. As you might have seen recently, we announced that we will be increasing our focus on the Web and open standards by removing support for Chrome packaged apps and hosted apps on Windows, Mac, and Linux over the next two years. Chrome apps will remain supported and maintained on Chrome OS for the foreseeable future. Chrome extensions will also continue to be supported on all platforms.

Starting in late 2016, newly published Chrome apps will only be available to users on Chrome OS.

Existing Chrome apps will remain accessible on all platforms, and you can continue to update them.

In the second half of 2017, the Chrome Web Store will no longer show Chrome apps on Windows, Mac, and Linux,
but will continue to surface extensions and themes. In early 2018, users on these platforms will no longer be able to load Chrome apps.

The mochasoft products for Chrome are apps, not extensions. Apps vs Extensions

Microsoft has made a strange change in the Web server, which will stop the server from downloading files of unknown types. We must see this as a bug, and can notice Microsoft has released this page: 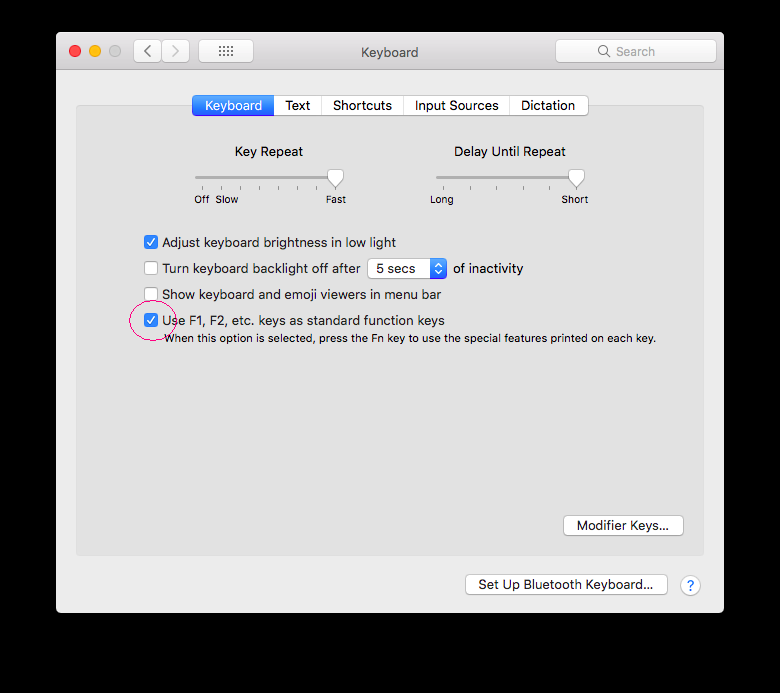 In Mac OS X 10.6.x , make sure Exposé has not reserved the keys for use. Select System preferences - Exposé and select '-' or a key combination not used with TN5250. See screen example below: 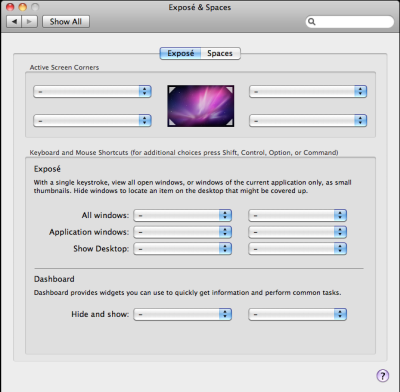 In Mac OS X v.10.3, the F9, F10, and F11 function keys are reserved for use by Exposé, a feature that tiles open windows and reveals files on the desktop. Therefore, these function keys don't work as expected in other applications.
Reassign the keyboard shortcuts in the Exposé System Preferences (Select Apple menu icon - system preferences - personal - exposé) so that the F9, F10 and F11 keys will work as intended in other applications.

Apple has changed the keyboard and mouse dialog, and in 10.4, you should enable

The Mochasoft products includes no timeout function. It must be a network or AS/400 problem. We have received reports on 2 issues on the AS/400.

If is is a network problem , in some cases it will help to enable the keep alive function in our MochaSoft product.

f) select save to file

The AS/400 often will not release the connection on a particular TCP/IP port when ended (especially abnormally when a user clicks the (X) box instead of signing off). Run netstat *CNN, and check if all the SSL ports are full.
Issue command

and end all the affected ports. Maybe check with IBM for a PTF

Left ctrl key does not work

The TN5250 emulator uses as default ctrl c and ctrl v as copy/paste. If left ctrl must be used as RESET, select menu - edit and click off "ctrl+c and ctrl+v"

It looks as national keyboards have printed either a . or a , on the Del key. Also the scan codes have been seen in different variations around the world. In the Mochasoft product, it is possible to select menu - settings - keyboard layout, which contain a check box:

Numlock Del key swap between . and ,

Can I install new fonts for the Mocha Terminal Emulators

The terminal emulators will only use fonts included with the windows Operative System. It is possible to install extra fonts. We can recommend:

Notice a terminal emulator can only use non proportional fonts (same width for all characters).

Write screen to a file

To save a screen copy to a file, either use the clipboard or , you must install a Generic Text Only printer and then redirect the screen to this printer:

a) In the Windows OS, Click Start, point to Settings, click Printers, double-click Add Printer Wizard, and then follow the steps to install a local "Generic/Text Only" printer.

b) In the mocha terminal emulator, click the print icon, select the Generic printer, and select option - Print to file

No, not at the moment

What is your TIN Number

MochaSoft is a Danish company and pay Tax in Denmark, and should not have a US Taxpayer Identification Number (TIN). Please do not send us yet another W-9/W-8 forms. We could keep a cow alive with these forms for the next year.

Can I fax my credit card information to MochaSoft

Mochasoft can only receive credit card orders via 2checkout. See our buy section for details.

As to keep cost (and interrupts) to a minimum, we cannot supply technical support via phone or fax.

Can we receive a paper invoice before sending a check


How do I receive the invoice?

All the invoices for 2checkout orders are generated as PDF documents. The invoice can be downloaded by logging in to 2checkout myAccount in the Order History section.
If you are ordering on behalf of a company, the invoice will be sent automatically to the billing email address provided during ordering.
When you access 2checkout myAccount for the first time, go to "Forgot your password?" link and enter your email address that you have used to order.

Your application purchases are tied to your Google Account and can be installed an unlimited amount of times on any device. So, for example, if you remove 'My Favorite Game' to save memory, you can reinstall it at a later date with no charge by simply visiting My Apps. Note: free applications are not saved to My Apps after you remove them. See also Google play - how to

A company cannot buy one single user license, and install it on many devices. See Google Play Terms of Service. Section 4 Restrictions:use Content as part of any service for sharing, lending or multi-person use, or for the purpose of any other institution, except as specifically permitted and only in the exact manner provided. attempt to, or assist, authorize or encourage others to circumvent, disable or defeat any of the security features or components that protect, obfuscate or otherwise restrict access to any Content or Google Play.

Apple allows you to authorize up to 5 computers in one household to use purchased content. Example: you can buy one tn5250 license and install tn5250 on both your iPad and iPhone. Usage rules (2) at ITUNES STORE TERMS AND CONDITIONS

Apple also have a Volume Purchase Program for business.

No Internet access can cause slow .NET program load on Windows?

Some .NET programs might load slowly on computers that are not connected to the Internet.

This occurs with programs that are digitally signed. (Microsoft recommends that all programs be digitally signed.) The .NET Framework attempts to verify the digital signature. One of the operations it performs is to see if the digital certificate has been revoked. If the computer cannot access the Internet, a 30 second to 1 minute delay may be encountered.


By disabling the CRL checking using the Internet Options, you are not exposing yourself to a higher security threat, than before, because this check is not working. The reason why this problem occurs is because your network settings are not allowing Windows to access the CRL.


How to type keys missing from the keyboard

Hold down left ALT, type the key number (use the the Keypad, not the main keyboard , have NumLock enabled) shown in the table below, release the ALT key

In mocha tn5250/tn3270 for windows 7, menu - tools - keyboard layout, click on PC key in the list, [x] data string, it is possible to assign a key to a character from the list below